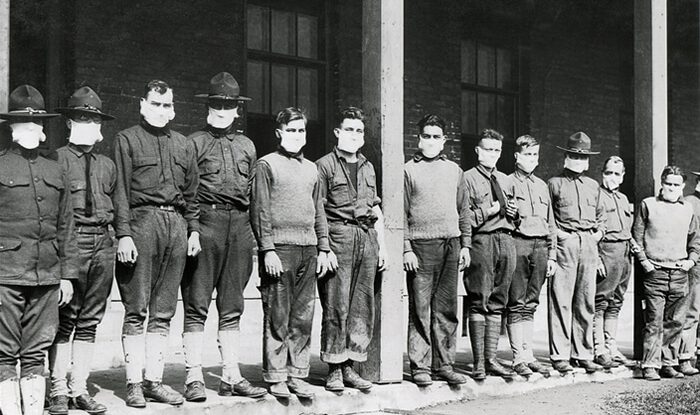 The 1918 influenza pandemic is remembered for the massive loss of life it caused. Conservative estimates suggest there were 20-50 million victims while other estimates go as high as 100 million. That was 3-6% of the world’s population at the time. Life expectancy in many countries fell by decades.

The flu pandemic spread far and wide from 1918 until fading out in 1920, but there is strong evidence that suggests it began in army camps in the United States. The name Spanish Flu is somewhat of a misnomer. Much like the H1N1 2009 pandemic, the flu took healthy people in their middle years versus the usual victims, the very young and very old.

We remember the 1918 flu pandemic not just for the tens of millions who died but also as a reminder that influenza pandemics can still occur if we are not vigilant.

The Great Influenza by John M. Barry is a fascinating account of the 1918 Influenza pandemic and described as a “medical thriller.” Barry explains in general terms how the influenza virus infects and mutates, but he also tells the story of the medical and political historical figures of the day. Some of these characters were exceedingly brave and others less so. The 1918 flu pandemic greatly impacted the role of public health in society and the changed the thinking that epidemics were diseases of only the poor.